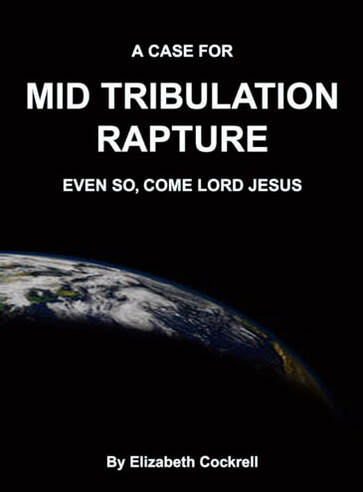 The truth about the rapture has been in plain sight all along, but escapism theology has dominated the attention of many with the pre-tribulation rapture concept. It has only been natural for the devil to infiltrate the church with pleasant falsehoods about the rapture, as he has also done with many other aspects of our faith.

Mid tribulation rapture is cohesive with all Scripture, which is the litmus test, for any claim involving the use of Bible verses. This book clearly and simply reveals how the Scripture conveys a time of tribulation for all on earth, during the first half, of the last seven years of this age. It explains how the first five seals lead to the coming of the Lord and rapture, of which the last two seals are part of the actual event.

This concept is a pre-wrath view, in that it shows how Christians will not be present on earth during the time of God’s wrath. Common falsehoods are debunked such as an invisible rapture and that the rapture can happen at any minute, because there are many prophetic events which must happen first which are clearly presented.

Many of the correlations in the books of Daniel and Revelation, which fit together regarding the last days, are shown. There is a chronological listing of Old and New Testament verses, showing how they correlate, as they lead to the rapture. The prophecy of the last seven years of this age, as given by Gabriel, in Daniel chapter 9, is explained.

Graphics, timelines, and charts are included to help in simplifying understanding. Bible verses are primarily posted in the New King James Version. This view does not set a date and time of the rapture as some might think, but it does give an outline for it. Only the Father in heaven knows the day and hour