THE OPPORTUNITY FOR SALVATION ​DOES NOT LAST FOREVER

Seek the Lord while He may be found, call upon Him while He is near.
Isaiah 55:6 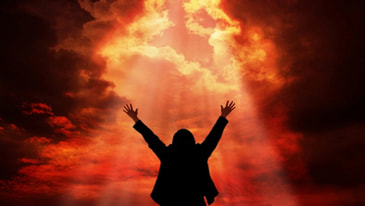 Many people say (and want to believe) that people will still be coming to the Lord after the rapture happens. But what does the Bible say? For how long will mankind have the opportunity to be saved? Normally, we would believe a person has their whole life to choose salvation, albeit, never knowing when that life will be over. “And as it is appointed unto men once to die, but after this the judgment” (Hebrews 9:27).

Could there be closure on the opportunity of salvation?

The idea that people will still be repenting after the rapture fails the truth test. This “notion” is not biblical at all. It is a dangerous attitude for anyone to ever think that “someday, I will get right with God” and in this day and age, it is even more so. It will be shown here, just how dangerous an idea that is.

Luke records that Jesus was going from town to town, teaching on His way to Jerusalem. And someone asked Him, “Lord, are only a few going to be saved?”


The Lord was then, and still is trying, to urge people to be saved while there is time. Once the door is shut, no matter how much someone beats on it; they will not be allowed in.


Jesus also said we are His body and the Light continues through us.


What happens when the Light is gone? Jesus is the Light in us that makes us the Light of the world. The Holy Spirit is His presence. Would the Holy Spirit be in the midst of God's wrath being poured out on the wicked after the rapture? No. The same world that spurned and rejected His Word, rejected His Two Witnesses and His true people, will have rejected the Light; and the darkness they will be in will be the result of there own demise. There is no record of anyone being saved or called to salvation after the rapture. Only the 7 trumpets and 7 bowls of judgment and wrath being poured out and it is recorded in Revelation 9:20-21 and Revelation 16:8-9,11,21 that they continue to blaspheme God and not repent as will be shown later in this message.


Once the door was shut, it was shut; even to the betrothed ones who did not keep their part of the covenant.

Once the rapture happens, one of the next big events in heaven, is the Marriage Supper of the Lamb.

In Hebraic customs, the marriage supper is a major part of a Jewish wedding. We as Christians, after the rapture will be attending this long awaited event in heaven (Revelation 19:1-9). But those who are unfaithful or foolish and do not heed the warnings of the Lord to stay ready and faithful, will not be there. And it will be, just as the Lord said, that the foolish betrothed virgins cried out for the door to be opened, but it was too late (Matthew 25:10-13).

Here are two historical situations, that once judgment came, it was too late for those not secured in being right with the Lord.

1 - The Ark was secured with Noah, the animals and family, the door was shut. Once judgment started, it was the end of opportunity for all outside the ark.

2 -  When Lot and his family were safely delivered from Sodom and Gomorrah. Once the judgment started, it was the end of opportunity for deliverance.

Without the Holy Spirit, without His call, conviction and guidance, no one can be saved.

It takes the Holy Spirit's presence to bring a person to salvation.


The pre-tribulation rapture view itself, claims that the Holy Spirit leaves the earth when the rapture happens and that "He" is the one that restraineth the Antichrist and yet believe that there will be vast amounts of people who will still get saved after the rapture. There is no salvation without the Holy Spirit (John 6:44). It is a major failure of the pre-tribulation viewpoint in that the only way they can explain "Christians still on earth" in many various verses. The fact is, that once the Gospel is preached to the whole earth, the time will be up. The rapture will happen and the Holy Spirit will not be working with mankind anymore.

God will make sure that just as it says in Matthew 24:14, "this gospel of the kingdom will be preached in all the world as a witness to all the nations, and then the end will come." Through the missions of Christians and the witness of the Two Witnesses/Prophets of Revelation 11:1-13, the Gospel will go out and those that receive Christ, will be true to the Lord and go up with the others in the gathering of the saints, the rapture. Those that refuse will go the way of Satan and suffer the wrath of the last 31/2 years and eternal death.

This scripture comes to mind also,


Note that anyone who worships the beast and his image; and takes the mark of the beast is eternally doomed.


It is recorded in the Bible that during the trumpets of judgment & bowls of wrath (which happen after the rapture) that mankind blasphemes God and does not repent.


It seems very clear, that today is the day of salvation. But the offer is not forever, for a person never knows when their time is over and there is also a rapture coming that will take many by surprise, just like the five foolish betrothed virgins. And once the door is shut to the wedding, no one will enter in.​
If you have never been born-again & would like to be right with God, see the message:
SALVATION

If you were once born again and right with God but strayed away from the Lord, see the message:
RETURN TO THE LORD

﻿ANCIENT JEWISH WEDDING CUSTOMS & JESUS CHRIST, HIS BRIDE THE CHURCH
Amazing correlation such as, only the father of the groom could say "go, call the wedding" when he felt all were prepared according to him and more.
AS A THIEF IN THE NIGHT
Understanding this idiom, its real meaning and how it correlates with other Scripture!
AS IN THE DAYS OF NOAH
What did Jesus really mean by this? It is much more than the common interpretation.
BRIDE OF CHRIST
Jesus is coming for a church pure and true. By her faithfulness, she will be counted worthy of her Lord.
CAN THE RAPTURE HAPPEN AT ANY TIME?
When all the events line up according to prophecy, the rapture will happen. So what is left that is necessary for the Word of God to be fulfilled?
EVERY EYE WILL SEE HIM
Jesus is coming for His bride. And He is not eloping. The rapture is so much bigger (and the events that surround it) than we can even know. It will be a huge event.
EVERY KNEE WILL BOW
The lost will bow to the Lord Jesus. The Father will see His Son glorified; whether they like it or not. And they will confess He is Lord.
IMPORTANT COMPONENTS TO THE BOOK OF REVELATION
An overview of some of the major components of the book of Revelation.
IMPORTANT CONSIDERATION FOR REVELATION UNDERSTANDING
A few keys are offered here that can unlock some of the doors to understanding prophetic Scripture.
IN THE TWINKLING OF AN EYE
This is about one of the most misquoted verses of all time. If you have not seen it yet, once you see the real meaning, it is amazing.
THE APOSTASY, THE GREAT FALLING AWAY
Many are looking for "the whole world to come to Christ" before the Lord returns. The opposite will happen. See it in God's Word and explained here.
THE BIGGER PICTURE, UNDERSTANDING GOD AND THE DEVIL IN THIS DAY AND HOUR
A timely commentary for living during these days.
THE LAST TRUMPET
There are many trumpets in ​the Bible. There are 7 special ones foretold of by John the Revelator. But which one happens at the rapture?
THE LORD WILL RULE WITH A ROD OF IRON
This article explains the real meaning of the verses that make this statement.
THE TWO FINAL BATTLES BETWEEN GOD & SATAN
See it shown with Scripture, that Armageddon happens at the end of the 7 years and the battle of Gog and Magog at the end of the Millennium.
TWO WHITE HORSES, TWO VERY DIFFERENT RIDERS AND TIMES
This article shows how the first white horse that we see in the book of Revelation, is the imitation Christ. Jesus comes at Armageddon on His horse, not at the first seal.


E. Cockrell, © 2014/Updated September 2016, May be copied for personal study or instruction but shall not be copied and/or distributed in whole or part without permission or for financial profit.