EVERY KNEE WILL BOW​ 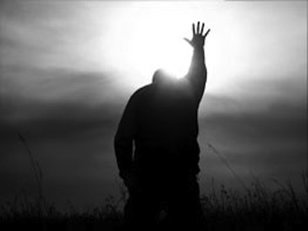 Is it enough for the Lord to just “deliver His saints” at the rapture? Or could there be a “whole lot more” to it? Might the Father, make a great honor to His Son, in the face of the enemy? The first time Jesus came, He did come like a Lamb, but the next time He is coming as the Lion of Judah. Is this just a nice thought, or is it the truth? At the time of the rapture, all the Saints will be giving the Lord glory from joyous and pure hearts, but Father God, will also see His Son glorified by the evil ones, whether they like it or not.


The Lord's return is an “all-creation” event! The rapture, our gathering together to meet Him in the air, is a huge, huge event. Let's look again at what Jesus Himself said about it.


Another view of the same event, is at the 6th seal, with the 7th being the rapture.


Consider these two sections of the verses from above; “Then all the tribes of the earth will mourn” and "Fall on us and hide us from the face of Him who sits on the throne and from the wrath of the Lamb!” They are about the same situation. Many want to believe this is at the "end of the 7 years" but that is when He "comes on a horse," not "with clouds and a throne." (Jesus comes on a horse at the Battle of Armageddon and with other horses, the armies of heaven. An entirely different time and event- it is important to realize the difference.)

John described it as “all will see Him” - even those who pierced Him.


Jesus told the High Priest that interrogated Him, the same thing:


The earth quakes, sun goes dark and the moon turns blood-red; stars fall to the earth. And yet the sky will light up as when lightning flashes from the east to the west. How can this be? The powers of the heavens will shake. When sign of the Lord comes, which is the sky rolling back like a scroll followed by the sound of heavenly trumpet. The Lord appears on the global seen in the sight of the whole earth with clouds and our glorious Lord is seen there on His throne as He calls out to “gather His people.”

The reason the high priest will see Him sitting at the right hand of the Father, is because “every eye will see Him” - on earth, above the earth and below the earth. This is an “all-creation event.”

The following verses are when the Two Witnesses are raised back to life and raptured up to the Lord along with all God's people. Notice how the one's left “fear and give the Lord glory.”


Now, remember those verses from the first to sections of scripture in this article: “Then all the tribes of the earth will mourn” and "Fall on us and hide us from the face of Him who sits on the throne and from the wrath of the Lamb!”

How will those left “be fearful and give the Lord glory?” They will try to hide from the Lord on His throne because of what they had done on earth, because they completely rejected Jesus Christ and accepted the Antichrist... The wicked one, who they followed, will have blasphemed God, heaven and everything about Him. They will have persecuted God's people to the max. So when the Lord appears and the Two Witnesses of the Gospel that they had hated, come back to life... it will be a huge, incredible “Uh Oh, Are we in deep trouble situation.” They will try to hide but will fail. And they will give Jesus the glory: with their knees bow and their mouths confessing, Jesus Christ is Lord.

Father God, has given Jesus all authority and He will see that “all-creation” will glorify Him!!!


How much “bowing to the Lord and giving Him glory,” will be done at Armageddon at the end of the 7 years? That is the time of “crushing the rebellion and destroying the rest of mankind” that is left after the trumpets of judgment and bowls of wrath. The only time that is possible is at the rapture.


Will the Gospel still be “being preached” at Judgment Day? No, which confirms that this is about the rapture. The Lord's coming is: a harvest to Him, deliverance to the saints and the beginning of judgment to the wicked.

All will fear Him and give Him glory. Some will gladly with joy but others will have no choice. “Every nation, tribe, tongue and people” will have heard the Gospel (by the people of God but more-so by the Two Witnesses) and when Jesus comes as Judge on His Throne, they will fear God, give Him glory and worship Him, whether they like it or not. It will happen.

This prophecy will be fulfilled: “Therefore God also has highly exalted Him and given Him the name which is above every name, that at the name of Jesus every knee should bow, of those in heaven, and of those on earth, and of those under the earth, and that every tongue should confess that Jesus Christ is Lord, to the glory of God the Father.” Philippians 2:9-11

And they will give Him glory.


The rapture will be an “all-creation, all encompassing” event! Once the people of God are secured in heaven, then both they & the remainder of all humanity, and also, the angels both “not fallen” & “fallen,” wherever they are - all will be bowing to Jesus Christ and giving Him glory.
​
OTHER "GENERAL RAPTURE" ARTICLES

ANCIENT JEWISH WEDDING CUSTOMS & JESUS CHRIST, HIS BRIDE THE CHURCH
Amazing correlations such as, only the father of the groom could say "call the wedding" when he felt all were prepared according to him and more. Shows a distinct correlation ancient Jewish wedding customs with the rapture.
AS A THIEF IN THE NIGHT
Understanding this idiom, its real meaning and how it correlates with other Scripture!
AS IN THE DAYS OF NOAH
What did Jesus really mean by this? It is much more than the common interpretation.
CAN THE RAPTURE HAPPEN AT ANY TIME?
What prophecies still need to be fulfilled before the rapture can happen?
EVERY EYE WILL SEE HIM
Jesus is coming for His bride. And He is not eloping. The rapture is so much bigger (and the events that surround it) than we can even know. It will be visible and a huge event.
IMPORTANT COMPONENTS TO THE BOOK OF REVELATION
An overview of some of the major components of the book of Revelation.
IMPORTANT CONSIDERATION FOR REVELATION UNDERSTANDING
A few keys are offered here that can unlock some of the doors to understanding prophetic Scripture.
IN THE TWINKLING OF AN EYE
This is about one of the most misquoted verses of all time. If you have not seen it yet, once you see the real meaning, it is amazing.
THE APOSTASY, THE GREAT FALLING AWAY
Many are looking for "the whole world to come to Christ" before the Lord returns. The opposite will happen. See it in God's Word and explained here.
THE BIGGER PICTURE, UNDERSTANDING GOD AND THE DEVIL IN THIS DAY & HOUR
A timely commentary for living during these days.
THE LAST TRUMPET
There are many trumpets in the Bible. There are 7 special ones foretold of by John the Revelator. But which one happens at the rapture?
THE LORD WILL RULE WITH A ROD OF IRON
This article explains the real meaning of the verses that make this statement.
THE OPPORTUNITY FOR SALVATION WILL END AT THE RAPTURE
Sadly many think they have their whole lives to decide to turn to God and for some it turns out to have been a foolish mistake. And so it is with the rapture.
THE TWO FINAL BATTLES BETWEEN GOD & SATAN
See it shown with Scripture, that Armageddon happens at the end of the 7 years and the battle of Gog and Magog at the end of the Millennium.
TWO WHITE HORSES, TWO VERY DIFFERENT RIDERS AND TIMES
The Antichrist is the allegorical rider of the white horse at first seal. Jesus Christ is the rider of the white horse at Armageddon.

IS THE WORD "RAPTURE" IN THE BIBLE?
Understanding "harpázō" and the Bible verses ​where it is used.
THE BEST BIBLICAL MINDSET FOR LIVING IN THE LAST DAYS
As Paul showed the Thessalonian church, there is a biblical mindset to have regarding living in the last days.
THE MYSTERY OF DANIEL'S SEVENTY WEEKS OF YEARS
There is "one week of years" left on the "prophetic clock." This "last seven years" (sometimes called the tribulation) was foretold of in the book of Daniel.
THE TRIBULATION AND THE WRATH OF GOD
Understanding that mid tribulation rapture is pre-God's wrath. Taking a closer look at what "wrath and tribulation" really mean and what really happens during the last 7 years of this age.
TRIBULATION AND WRATH, BIBLICAL DEFINITIONS AND USAGE
Understanding the biblical usage of these words in their original context.
UNDERSTANDING THE RAPTURE AND VARIOUS VIEWS ABOUT IT
Pre, mid and post tribulation definitions, understanding the millennial views, preterism and more.
WHAT IS THE RAPTURE?
A scriptural introduction to understanding the rapture concept.


E. Cockrell, © 2015, May be copied for personal study or instruction but shall not be copied and/or distributed in whole or part without permission or for financial profit.