WHO ARE THE TWO WITNESSES? 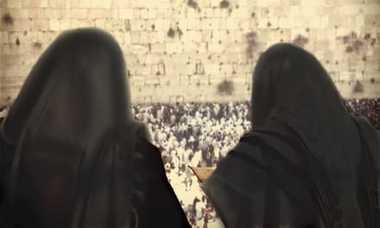 Who are the Two Witnesses of God, of Revelation 11:1-13? Unless someone hears it direct from God, it would seem there is no way to know for sure. There has been much speculation as to their identities. Let us consider some possibilities.

This is the general consensus: That they will be two of these three, Enoch, Elijah or Moses. Or they may be two persons that no one really knows of. Following here, will be some of the reasoning for these thoughts.


Enoch was a mighty man of God. There was a book of Enoch that was not included with the Bible. To many, it is a very respected book, even though there seems to be no genuine original to draw from. Being as Enoch was 7th from Adam, it is no wonder since his book was from such a long, long time ago. It should be noted, that if you trust book of Enoch that is available today, Enoch was allowed to see into the future. Many believe Jude referenced Enoch's prophecy in the following verses:


The book of Enoch, tells of the fallen angels before the flood that caused so much of the violence before the Flood. It also tells of Enoch going to the “mountain of God” and having great intimacy with God there.

Let us consider Elijah, the prophet. Elijah never died and was taken up to heaven.


Elijah's ministry happened during the time of a wicked ruler named Ahab. Elijah called a 3 ½ year drought. Elijah defeated all of the wicked priests of his day by the mighty power of God and then slew them. He accomplished mighty miracles and no matter how bad Ahab wanted him dead, Elijah was untouchable. (1 Kings 17 & 18) He lived during a time in Israel of great unfaithfulness and his ministry was to turn the people back to God.

Elijah, like Enoch, sought the Lord at the mountain of God. Both men had unwavering principles and faith. Both had a strong relationship with the Lord. So much so, that neither died.

Elijah “was prophesied of” in the book of Malachi to return again. The Lord Jesus says this was fulfilled though John the Baptist. Many people today seem to forget that Jesus said this was fulfilled already and are still looking for the fulfillment. Of course, it is possible that it could be a double prophecy.


Some also feel that because Moses and Elijah appeared to Jesus at the Mount of Transfiguration, that they will work together as the Two Witnesses.

Moses performed many miracles against the Pharaoh. One might say, his resume shows he has great experience in obeying God and standing against a powerful evil one. He also was at the Mount of Transfiguration. He had great intimacy with God. He also went to the “Mountain of God,” at least three times... (see the book of Exodus). Unlike Enoch and Elijah though, Moses literally died.

Many say, Enoch and Elijah still need to die, so this would make them seem like “they have to be the ones.”

However, all the people going up alive in the rapture, will be spared death. Perhaps what might be more important is not the need to die, but that they lived before and God was not through with them yet.
​
The following verses in Zechariah and Revelation, call them the “the two olive trees,” “two lampstands” that stand before the Lord. How “incredible” and “who could qualify” for this description?


Enoch, Moses and Elijah all lived before Zechariah wrote his book and gave that prophecy.

Who are these “two anointed ones” that stand before God?

These two that provide holy olive oil for God's menorah and light. I cannot tell you their names but I can tell you this, they must be two very incredible persons and that if the Lord really wanted us to know who they were, He would have given us more information. So, let us hold fast and in time, possibly very soon, all will know just who these two amazing Anointed Ones will be!
OTHER ARTICLES ABOUT THE TWO WITNESSES

THE TWO WITNESSES PURPOSE & MINISTRY
What is God's purpose for these Two Witnesses and how do they fulfill the plan?
TWO WITNESSES BIBLE VERSES
A collection of Bible verses about the Two Witnesses of Revelation for thought and study.
COULD THE ANGELS, GABRIEL & MICHAEL, BE THE TWO WITNESSES?
These "two amazing and anointed ones" who "stand before God" as written by Zechariah and John. Are they really two normal humans or could they be much more?

ARTICLES IN THE ANTICHRIST CATEGORY

ABOMINATION OF DESOLATION BIBLE VERSES
A compilation for thought and study.
ANTICHRIST & FALSE PROPHET BIBLE VERSES
The Bible verses about the Antichrist and false prophet gathered together for thought and meditation.
ANTICHRIST REVEALED IN THREE PROPHETIC SECTIONS OF SCRIPTURE
This article shows a prophetic thread about the same antichrist in Daniel 7, Daniel 8 and Revelation 17 and in so doing shows more of who he really was and is.
SATAN IS NOT THE ANTICHRIST
This articles shows it quickly & clearly with Scripture.
THE ANTICHRIST, HIS IDENTITY AND NAME
The Bible reveals much about the Antichrist. This article explains Revelation 17 and links it with Daniel and how the Bible reveals even his name.
THE DRAGON AND THE BEASTS WITH 7 HEADS AND 10 HORNS
It is possible that the dragon of Revelation 12, the beasts of Revelation 13 and 17, as well as the four beasts of Daniel chapter 7, are the same in some manner.
THE SCARLET BEAST AND THE MYSTERY, BABYLON THE GREAT, THE MOTHER OF HARLOTS AND OF THE ABOMINATIONS OF THE EARTH
Scripture with commentary showing much about who the beast is and its relationship with Babylon, the harlot, as well as, who she really is.
THE SECOND BEAST: THE FALSE PROPHET
This article takes a serious look at the identity and works of the second beast, the false prophet, according to Scripture.
THE TWO FINAL BATTLES BETWEEN GOD & SATAN
See the biblical truth that Armageddon happens at the end of the 7 years and the battle of Gog and Magog at the end of the Millennium.
TWO WHITE HORSES, TWO VERY DIFFERENT RIDERS AND TIMES
The first white horse that we see in the book of Revelation, is not the real Christ, but the imitation Christ. See the difference as in the Bible here.
WHAT IS THE ABOMINATION OF DESOLATION?
This is a clear and definitive look at what the Bible says about it.
WHO IS ABLE TO MAKE WAR WITH THE ONE WHO HAD THE DEADLY WOUND AND STILL LIVED?
Taking a closer look at the deceiver, the first beast who will deceive the world.
WHO IS THE ANTICHRIST, THE SON OF PERDITION?
This shows how the Antichrist is both a false Messiah and against Jesus Christ at the same time, according to the Bible.
WILL THE NEW JEWISH MESSIAH BE THE ANTICHRIST OF THE CHRISTIANS?
Understanding how it is possible and the reality of it.