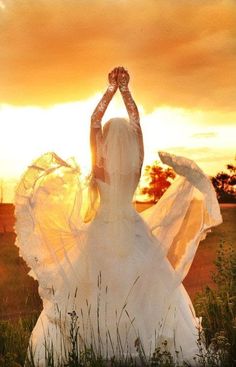 From time to time, I get a comment sent in, that the Lord is not coming back for a “beat up bride.” And some even further say, “God would never let His children suffer.” Quite frankly, when I hear these types of things, I wonder if we are reading the same Bible, or if they read theirs at all.

The Bible tells us, that God’s people suffer sometimes. God even gave His own Son, over to the greatest suffering, for our sake.


More about this in a moment, but the Lord not only suffered for the salvation of our souls, but other important needs were also taken care of.


The holy Son of God, who never sinned, took upon the sins of us all. It “pleased the LORD to bruise Him” and “the LORD has laid on Him the iniquity of us all.” Jesus, the Son of God Himself, was falsely accused, viciously beaten and crucified. And yet some people think God’s people will never suffer. What kind of sheltered world are they living in? The prophet Isaiah was sawn in half by King Manasseh, the son of King Hezekiah who would never have even been born, but for the Lord extending Hezekiah’s life and the Lord granting him a son.

King David endured by being hunted like a criminal by his father-in-law, King Saul, for years. He was the rightful heir to the throne and yet he lived in the desert, in caves and everywhere else on the run, until the time was right.

Daniel was highly beloved of God and yet he was taken as a slave by King Nebuchadnezzar to horrible circumstances. Daniel rose to a high position under the first king who took him captive, but every time there was a change in ruling kings, he had to handle it. And in an extremely pagan land under cruel and idolatrous times.

It has been recorded that all the disciples of Jesus, died gruesome or harsh deaths except for the Apostle John. They tried to kill John at least once, if not more times, but failed. One attempt was being cast into burning oil, but he would not burn.

Right now, while some have the freedom to follow Christ openly and even worship Him openly, many Christians are persecuted for their faith where they live. Most communist and Muslim countries, outlaw true Christianity. Believer are forced to meet underground and if caught, face severe punishment and even death.

Consider these verses about suffering.


It is amazing to note that the people of the early church, were excited to be counted worthy to suffer for Christ. What a contrast this is with many people of today.


Here is one final verse with this train of thought, that has been applicable for God’s people throughout the ages.


So now that it is duly noted that God’s people suffer, let us consider how the church of the last days will be purified through fire.

The tribulation, that Jesus has spoken of, in Matthew 24, Mark 13 and Luke 21, has a meaning of being pressed, as between two things. The actual Greek word used is a form of “thilipsis” which means suffering from being afflicted, persecuted, oppressed and/or distressed.


The refining fire of the Lord, only comes to make us strong. He comes to burn away the impurities that when He is done, we are more purified and refined. In the world, a human refiner skillfully does his job as best a human can. But God, refines, as only God can do. The Lord knows best what fire He allows for each of us and how long it should be allowed.

Let’s look at some of the verses, pertaining to the time before the Lord comes to take His bride up from this earth and take her to the Marriage Supper of the Lamb.


Just take the words of our Lord for what He has said. Disregard the teachings of man that many have believed, because the people who said them were famous or charismatic speakers. Believe Jesus. Take Him at His word. Once the abomination of desolation is set up in a temple that will be built in Jerusalem, which is the only place it can happen at… then the worst tribulation ever will happen. And except the Lord cut the time short, there would be no one left alive on earth for the rapture. This is the bride He is coming for. Would anyone truly think that after 42 months (3 ½ years) of blasphemy and persecution, that the true church of Jesus Christ will not have gone through the fire? Only misinformed or deceived people can miss the words of Jesus about this. He is coming to receive unto Himself, a church, not that different than the early church, that grew during the worst times of persecution we have known so far. Only true believers will stay faithful and only serious people will choose Christ as the world grows darker. But those that do, will be the church triumphant and the purified bride who will make herself ready, even through the fire.
OTHER "GENERAL RAPTURE" ARTICLES

ANCIENT JEWISH WEDDING CUSTOMS & JESUS CHRIST, HIS BRIDE THE CHURCH
Amazing correlation such as, only the father of the groom could say "go, call the wedding" when he felt all were prepared according to him and more.
​AS A THIEF IN THE NIGHT
Understanding this idiom, its real meaning and how it correlates with other Scripture!
AS IN THE DAYS OF NOAH
What did Jesus really mean by this? It is much more than the common interpretation.
​CAN THE RAPTURE HAPPEN AT ANY TIME?
When all the events line up according to prophecy, the rapture will happen. So what is left that is necessary for the Word of God to be fulfilled?
EVERY EYE WILL SEE HIM
Jesus is coming for His bride. And He is not eloping. The rapture is so much bigger (and the events that surround it) than we can even know. It will be a huge event.
EVERY KNEE WILL BOW
The lost will bow to the Lord Jesus. The Father will see His Son glorified; whether they like it or not. And they will confess He is Lord.
IMPORTANT COMPONENTS TO THE BOOK OF REVELATION
An overview of some of the major components of the book of Revelation.
IMPORTANT CONSIDERATION FOR REVELATION UNDERSTANDING
A few keys are offered here that can unlock some of the doors to understanding prophetic Scripture.
IN THE TWINKLING OF AN EYE
This is about one of the most misquoted verses of all time. If you have not seen it yet, once you see the real meaning, it is amazing.
THE APOSTASY, THE GREAT FALLING AWAY
Many are looking for "the whole world to come to Christ" before the Lord returns. The opposite will happen. See it in God's Word and explained here.
THE BIGGER PICTURE, UNDERSTANDING GOD AND THE DEVIL IN THIS DAY AND HOUR
A timely commentary for living during these days.
THE LAST TRUMPET
There are many trumpets in ​the Bible. There are 7 special ones foretold of by John the Revelator. But which one happens at the rapture?
THE LORD WILL RULE WITH A ROD OF IRON
This article explains the real meaning of the verses that make this statement.
THE OPPORTUNITY FOR SALVATION WILL END AT THE RAPTURE
Sadly many think they have their whole lives to decide to turn to God and for some it turns out to have been a foolish mistake. And so it is with the rapture.
THE TWO FINAL BATTLES BETWEEN GOD & SATAN
See it shown with Scripture, that Armageddon happens at the end of the 7 years and the battle of Gog and Magog at the end of the Millennium.
TWO WHITE HORSES, TWO VERY DIFFERENT RIDERS AND TIMES
This article shows how the first white horse that we see in the book of Revelation, is the imitation Christ. Jesus comes at Armageddon on His horse, not at the first seal.


E. Cockrell, © 2021 May be copied for personal study or instruction but shall not be copied and/or distributed in whole or part without permission or for financial profit.